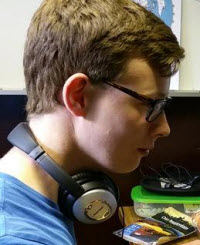 Saturday and Sunday I have been on the clubsite with Dervin PD9DX. Dervin wanted to participate in the Portugal Day Contest. Unfortunately it was a Singel Operator Contest  so I would be on the WARC bands, both with the SES callsign PI25COM and my own callsign PB8DX.

Dervin went on Thursday and Friday to visit family in Rotterdam so could combine nicely with a contest-COM weekend. On Saturday around 10.20 hours Dervin picked me up with his car at the agreed collecting busstop in Barendrecht. First challenge was to get everything in the car. After that we continued to Ronald PA3EWPs place to pick up the 2nd amplifier. After a good cup of coffee and admiring the Ronald his renovated bathroom we put the stuff in the car and drove to the shopping center of Barendrecht. At first we reached for a spray against hayfever and then enjoyed a lovely breakfast at the Visgilde.

Around 11:45 o’clock we left for the location and upon arrival we unpacked our stuff and plugged in to be QRV as soon as possible in the contest.

Dervin had taken FD4 for the 40 and 80 meter band. Meanwhile Dervin when the stuff was to connect I climbed the mast to fix a pulley. Last month I had the one that hung removed to use it in another mast. First we tried to open the hatch (plateau) so that we could use the extra 3 meters but the lock was stuck rusted. As it would be dangerous to open the lock without the proper tools this was not a viable option. Then we just hung everything beneath the plateau with enough space for the legs of the antenna.

At 14:01 the first American was in the log at 17 meters. The propogation was good around that time and I also worked some Japanese which was quite surprising to me. It was sometimes difficult to copy weak stations\. While Dervin was transmitting I had a S5 noise. When asked Dervin it appeared he suffered greatly from my signal also 15 meters. We discussed the options and decided to call Ronald to ask for the bandfilters.The filters available on the location were not covering all bands so we then decided to go to pick up the Dunestar bandpass filters with Ronald.After half an hour Dervin was back with bandpass filters and this was the needed improvement.

The rate in the contest was slow. Even with the big antennas and sufficient power there was relatively little demand in the contest. In the a period where i had more than 80 QSOs on 17m Dervin made far less in the contest.

The afternoon went very quickly for me. Some really nice q’s on 17m: HP2EK, VP2Mxx, KP4, KP2, VY0CF in Nunavut with a vertical 5 watts and an American with a 22 wire element yagi for 17 meter QRP 2watt and a signal report of 5/9 + 20 with only 4W CW. I believe Dervin around Noon on stepped to what “normal” QSOs with PI25COM. Here he had a far higher rate than in the contest.

Around 18:15 Richard PD4RD payed us a visit and helped with testing the FD4. The SWR on 80 was very good 1:1 around the band. On 40 meters was the SWR was slightly less around the 1:1.5. Together with Richard we tried to move the legs around but it did not help to better the SWR. After some social talking Dervin went out to get our dinner from the local Greek TakeAway. Richard made a number of QSOs on 20 meters with the special call and around 20:00 he went home again.

After dinner, I had a half a hour on 40 meter with the special callsign. The “audience” was not too big but that was to be expected with only 100 watt. Unfortunately the Emtron was not useable for lowband and Dervin was still running on 20 meters so then I decided to go PSK125 and RTTY on 17 meters. The run was nice until 01:00 am. Still plenty of Japanese and Americans with good signals on 17m. I needed 1 more country on LOTW for 100 # DXCC on DIGI but I unfortunately not worked any new ones…. 🙁

01:30 Dervin came very happy into my shack to report that he had a huge pile-up on  20 meters with JA and VK and asked if I wanted to try. YEAH SURE 😉 .. And Indeed, the pile-up was great and even bigger than I had experienced last Sunday. I noticed at the same time that we received a lot of interference when heading north, and it was very difficult to pick up weaker stations. An hour later, the beam direction NW (Northe America) we did not suffer from interference and rates were also quite high (around 300 I think) despite the huge pileup. Here I was able to try out the pile-up tricks Ronald told me the previous weekend and I noticed that i was handling the pile-up better.

At 3.00 am there was still enough stations calling but propagation was noticeably less so we decided to call it the day and went to bed.

Berore 9.00 am we have both on our feet again. At first I made the station up and running again and looked at the cluster if there was anything new active from the Pacific. Unfortunately this was not the case so I continued 17meter RTTY. Over 30 Japanese stations were worked with low signals and some RA9’s with thick signals. This pretty much continued until 11 o’clock and then I had a “cozy breakfast” with Dervin outside in the sun. After breakfast I continued on RTTY. After more than an hour RTTY on 17m I suddenly heard some cracking and when I look aside I see a thick cloud of smoke from the vent of amplifier, while a dirty burned electronics smell approached me. Out of reflex I quickly put out the Emtron and when the smoke was less watched what was going on. A black anode coil. The amp was not good for long passages apparently….. According tot he meters on the amplifier I did not overload anything and the SWR was also ok. Dervin phoned the owner to discuss what had happened. The answer was that it was electronic and thus could break. He would look at it when the amp was back at bhis place and he wished us a very good weekend. This was a little reassuringto me.

Dervin had continued the contest but again rates were low. So then he got on with PI25COM and a nice number of qso’s were logged. Some YB’s and EY7AD called him. At 2.00 pm Dervin took a short nap in the 2nd shack. Then I continued with my own callsign on 15 meter where I quickly got a big pileup from Japan / S Korea / China. More than 130 stations were logged in a short time.

The rest of the day I have not done any 17m after the problems with the output stage. The man with the hammer struck me and I decided to rest a bit doing some light work outside and even some homework :-).

During the weekend I monitored several times 10 and 12m. Some activity here and there but nothing spectacular was heard. At 15.45h Dervin went QSY to 10 meters and I think that’s exactly the right moment for a very good opening to South America, here just a few of the DX cluster:

The nice thing was that Bob VP8LP also just called and said he only heard Dervin on 10 meters with a huge signal. Always nice when stations like VP8LP call you. Usually it’s the other way around 🙂

After the 10 meter pileup Dervin drove to the local Toko for food for the evening. What I did at that time, I really do not remember. I think a bit of sleep behind the radio 🙂

After dinner as nice ending with 8Q7CQ in the log with signal raport amazingly strong, lol!

At 9.00 pm we packed out things we drove out of the gate Ronald to put the amplifier and the filters back. We were both back home around 11.00 pm. Time for a cold beer.

For me it has been a very successful weekend, I think also for Dervin even though the contest was disappointing. Funny and surprising things happened and PI25COM was in the spotlight again. I myself received a number of emails from people who have worked Netherlands for the first time and would like a QSL card. I wonder if there are also fun messages coming in to PI25COM. Dervin many thanks for the Cool weekend and thank you so much Ronald for letting us use the filters and the amplifier.