September 18th we received the news that our member Rob PA2R passed away as result of a diving accident in Madeira. In Rob we lose one of the operators of the first hour at Contestgroep Oude Maas PI4COM and one of the founders of the LLDXT – Low Land DXpedition Team.

After Rob had built up a passion for diving, the time he actively spent on the radio hobby became less. Rob remained a committed member of PI4COM until his death and at CW contests we could always count on him as an operator where he proved time and time again that CW contesting was his passion where the CW speed went up.
Less than 2 weeks before his death, Rob had enthusiastically told about the diving trip he was going to make with his partner Lysiane on Madeira during the annual COM barbecue.

As one of the founders and QSL manager of the Low Land DXpedition Team, Rob certainly also enjoyed an international reputation. “The LLDXT Method” is a manual from Rob’s hand on how to deal with a European Pile-Up which you can still find on websites of various American amateurs.

A few years ago, Rob’s presence at our activities became less after his health imposed a number of physical limitations on him. This situation was prolonged by the arrival of Covid-19 which forced Rob into a period of strict quarantine due to his fragile health. After he was able to stop working earlier this year and now that the world is slowly opening up again, plans had already been made to go out into the world together with Lysiane to do their joint diving passion in special places. It is difficult to comprehend that he dies during his first dive trip.

In Rob we lose a passionate member with a sometimes outspoken vision of our own. During the upcoming CW contests we will have to do without his CW passion.

Rest In Peace our Friend. 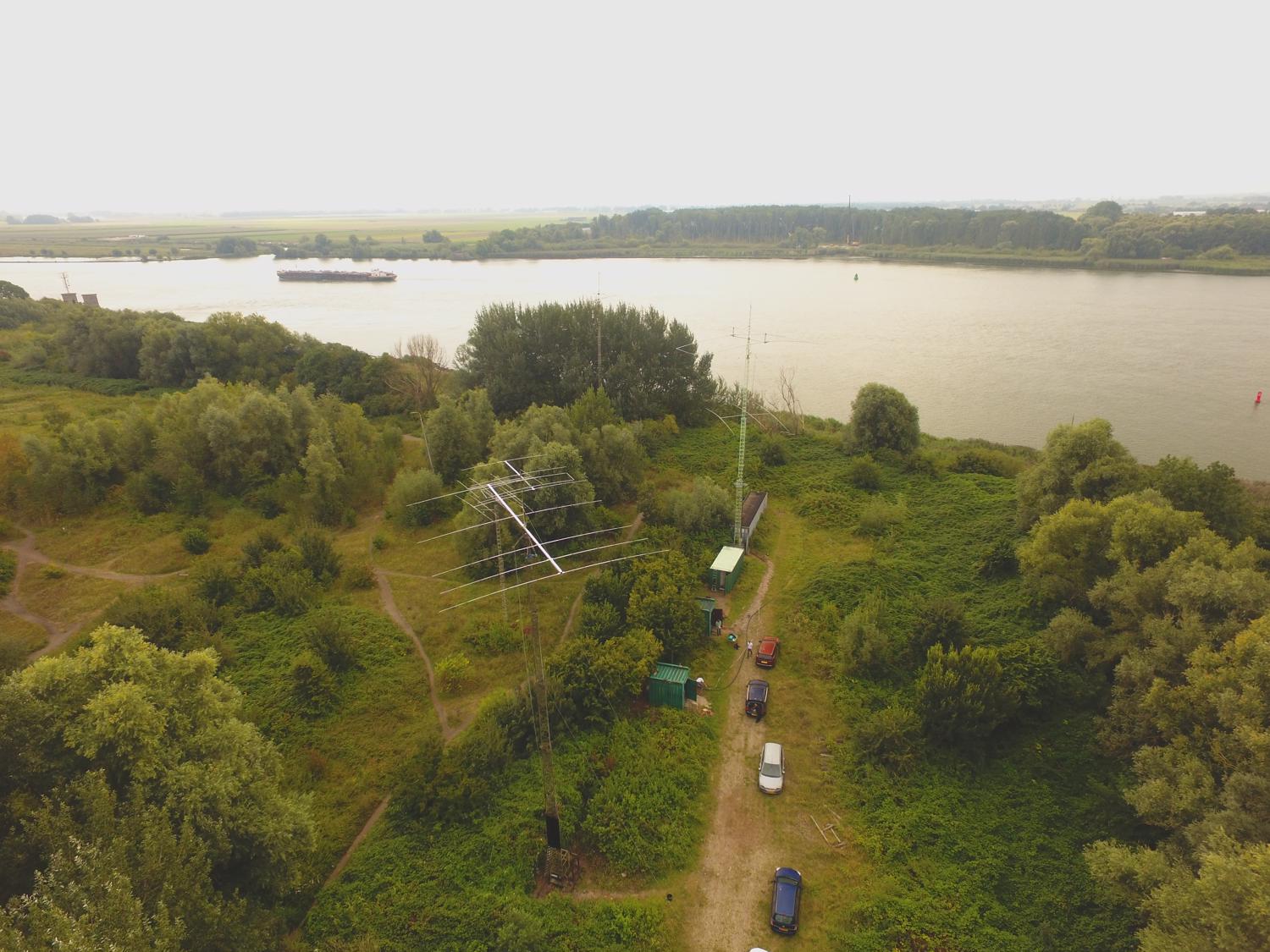 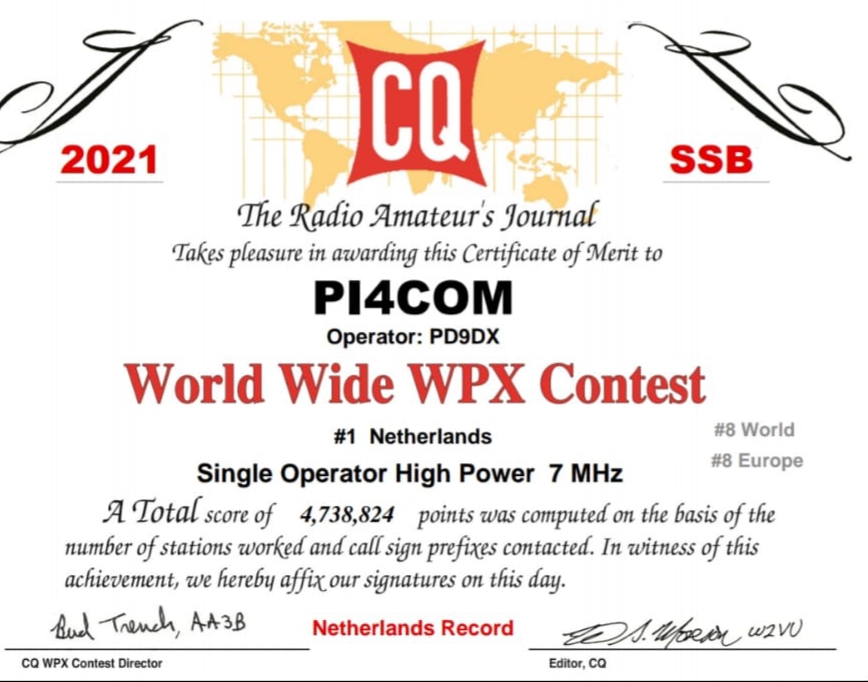 Saturday, August 21; Antenna Day.After weeks of preparation today the antenna’s would go up.Kees PA3BWD, Ronald PA3EWP, Ton PA1CC, Florian PB8DX and Alex PA1AW were on site early to finish the latest issues whilst waiting for the crane to show up. As always some small but time consuming jobs required… Continue reading → 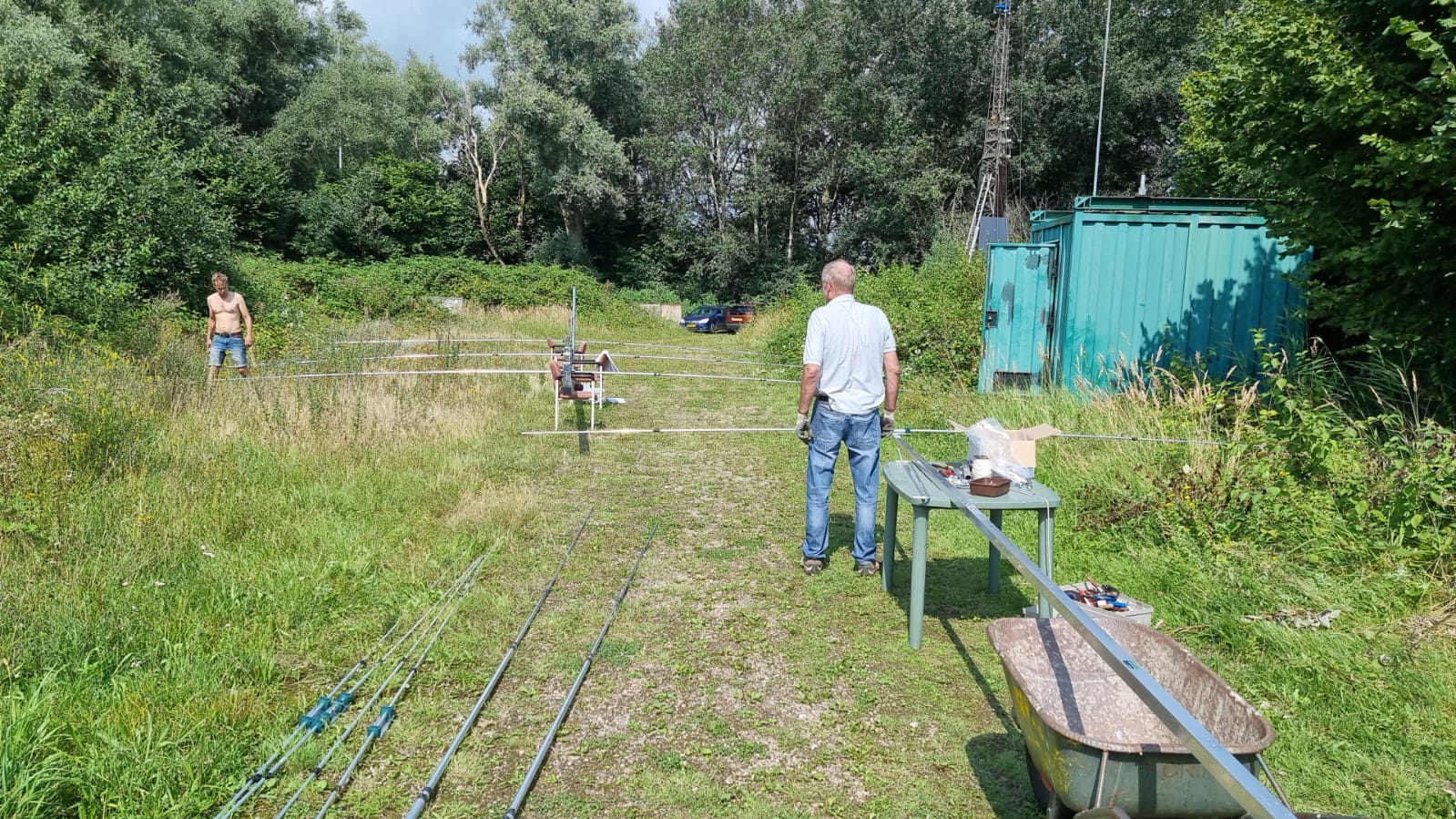 Friday, August 20 a small crew consisting of Kees PA3BWD, Ronald PA3EWP and Ton PA1CC gathered at the station to do the last preparation work for the planned antenna work on Saturday. Murphy was also present so a lot of time was lost as the top section got stuck when… Continue reading →